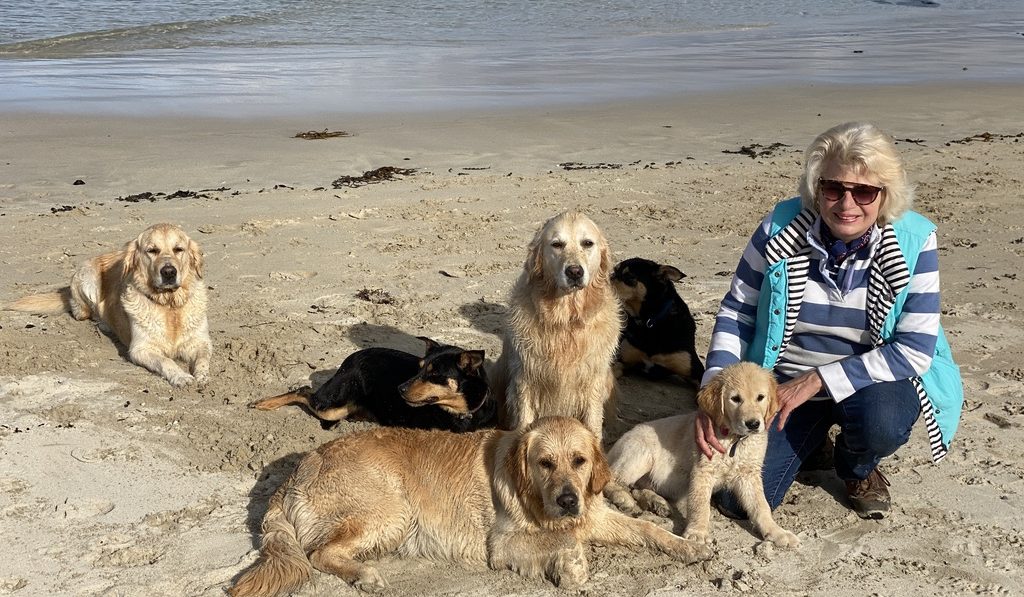 The first Tuesday of November is Melbourne Cup day and it’s the when quite a fair proportion of Australians and even if they’re not actually going to Flemington Racecourse they get dolled up in their Sunday best and have a party.  I was invited by Mrs Farmer 2 to a Ladies Day at the Coorow Hotel, dress code being race attire with hats and kick-off at 10am.  The morning arrived I put on my only frock and realising that all my Ascot hats were still in a shipping container in Victoria I was forced to improvise and embellished my farm hat with photographs of British Icons emphasising my Pommieness.

It was a beautifully warm sunny day and the party was held upstairs on the first floor verandah of the lovely old hotel. Bunting festooned the painted wooden balustrades which wafted in the cooling breeze. Sitting around around a long table decorated with vases of brightly coloured flowers we gossiped and laughed the time away until the big race at 12pm. Two sweepstakes were held and keeping an eye on our tickets the huge telly at the end of the verandah was turned up full blast.

And they were off! We all shouted and whooped, cheering our horses on and suddenly from nowhere my horse in the sweepstake Alamandin, galloped around the leaders and won the race by a short head. Wow! And to cap it all a bit later on I won the best hat award of the day.

Meanwhile everyone on the farm has been working at a frenetic pace. The canola (oil seed rape) harvest has nearly finished and this has coincided with the shearing of the lambs. Whilst Mr Farmer 3 revved up his enormous Case Combine Harvester the Kiwi was entrusted with bringing in this years lambs for shearing, drenching and back lining (fly treatment). Joe the sheepdog gets better and better, he’s completely instinctive. Not to be missed out Tripod has also had her hair done too, the old fashioned way with hand shears with the team looking on most intently.

Each weekend we’ve been hitting the road exploring and visiting friends and family. Last weekend saw us in Perth again and this time it was to see our eldest Grandson and to meet his other grandparents. A great afternoon was had by all. 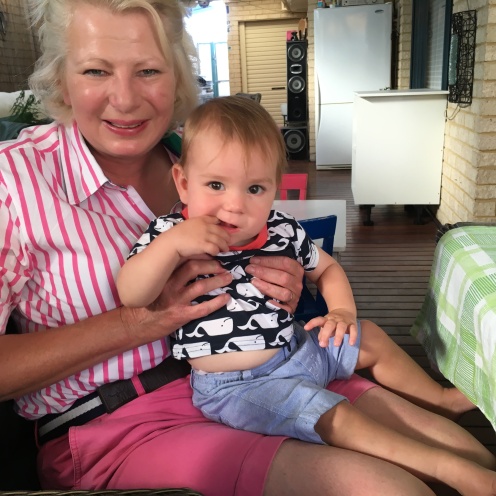 This weekend saw us in Perth again for the 4WD Adventure Show. At the start of our journey we were pushed off the road by four huge road trains transporting enormous buckets for the dumper trucks in the mines in the northern part of Western Australia. We later learned that these dumper trucks are driverless and are controlled remotely by chaps sitting in an office in Perth! 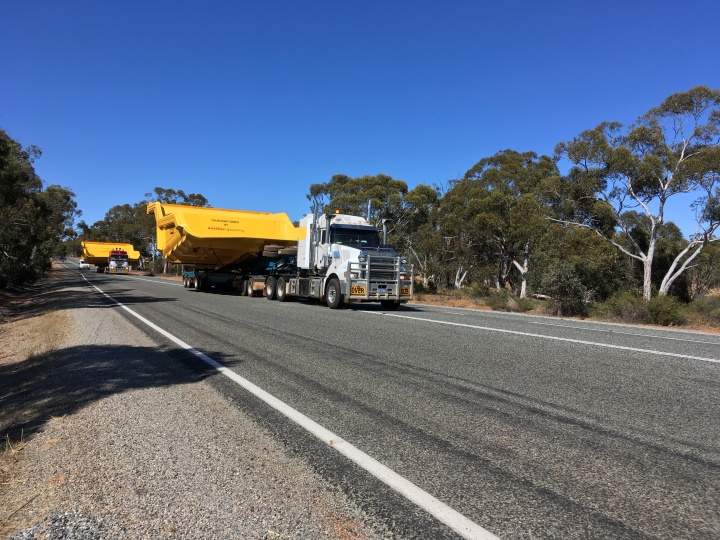 We have a new member of the team! The Kiwi is in need of sheepdogs and using the excuse of his impending significant birthday, two Australian Kelpie puppies have been sought out. I picked up the first last week, Skye, from a well known breeder in Gigdegannup about 100kms south from here. Mr Kelpie met me at his farm gate and I followed him down a bumpy dirt track to the edge of an undulating paddock surrounded by dense bush. He sent Skyes’s mum and auntie off out of sight and after a few minutes we could hear the patter of cloven hooves and out of the trees emerged a flock of ewes expertly pursued by the two Kelpie’s. It really was an impressive show and we feel privileged to now own some of this home bred Australian heritage. Skye snoozed in an old milk crate on the seat next to me all the whole way home and has so far has been a very easy baby. She sticks close to Auntie Margot and Daphne who just about tolerate her but Tripod is not at all sure! 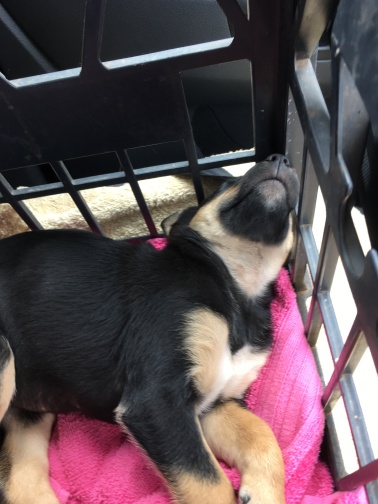 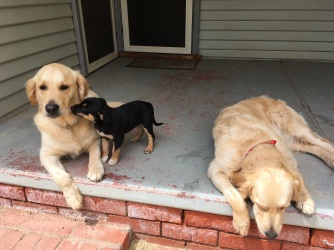 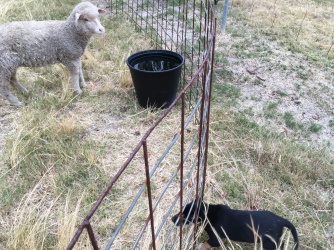 As I write this blog I’ve just seen Mr and Mrs Blue Tongue having a drink from our waste water pipe – I’m getting very brave with these reptiles! 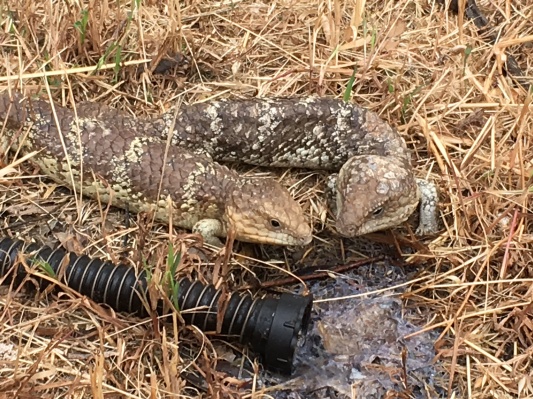 Even though we’re 12,000 miles distant and a long way from where it all happened we haven’t forgotten Remembrance Sunday and Armistice Day.  It’s just as relevant here.  At 11am on Friday and in our separate corners of the farm, the Kiwi, myself and others stopped what we were doing and stood for a moment to remember.